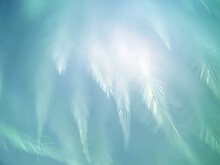 A scholar of Islamic Transactional Law, Sheikh Yusuf works with international financial entities, including institutional investors, home finance providers, international investment banks, asset managers and governments. He serves as Chairman of the Shariah Board for the Dow Jones Islamic Market Indexes, the Islamic Interbank Benchmark Rate (IIBR), Wafra (the Kuwait Investment Advisory Group), Oasis Asset Management (South Africa), The Kotak Mahindra Shariah Fund, the Navis Asis Fund, and several others. Sheikh Yusuf helped design the first Sukuk using assets based in the United States, and was Chairman of the Shariah board that approved the first corporate Sukuk in Saudi Arabia. He was also a member of the team that designed a prime broker solution for a Shariah compliant short position.

Sheikh Yusuf is a member of the Shariah Committee of the Accounting and Auditing Organization of Islamic Financial Institutions (AAOIFI) and is also a member of the Council of Scholars, International Shari’ah Research Academy (ISRA), the Central Bank of Malaysia. He was a founding member of the Governing Council of the International Centre for Education in Islamic Finance (INCEIF) in Malaysia and served as Advisor on Islamic Education to the Government of Pakistan from 1981 to 1984. His career was noted in a front page story of the Wall Street Journal (Aug 9, 2007), and he has been featured in stories on Islamic Finance in The Financial Times, The New York Times, Fortune, Forbes, The US News and World Report, Newsweek, CNBC, Conde Nast Portfolio, and others including TV and radio media.

Sheikh Yusuf is the author of the three volume Compendium of Legal Opinions on the Operations of Islamic Banks, the first English/Arabic reference on the fatawa issued by Shari'ah boards. In addition, Sheikh Yusuf wrote the introduction to Islamic Bonds, the 2003 book that introduced Sukuk and transformed the world's Islamic capital markets. His work has appeared in academic and industry journals and as chapters in books, including Euromoney's Islamic Asset Management (2004), Islamic Retail Finance (2005), and Islamic Finance: Innovation & Growth (2002). His entries on the terminology of Islamic finance appear in The Oxford Dictionary of Islam.

Sheikh Yusuf is fluent and has published academic work in English, Arabic and Urdu. He also has a working knowledge of Italian and Farsi.

Malfa Inc. is registered as a corporation in the State of Florida, USA.

We operate as a small business and have been around for over ten years. Our business runs smoothly and efficiently thanks to our support staff. Team Malfa provides: